We express our solidarity with the Palestinian human rights defender and co-founder of the BDS-movement Omar Barghouti, and protest against Israel’s repression of BDS activism.

Israel considers the BDS-movement a ”strategic threat” to the occupation and the system of injustice against Palestinians and make systematic efforts to silence the movement. Omar Barghouti has for years been subjected to threats and repression by the Israeli government. Now a travel ban has been issued, most probably in order to prevent him from travelling to the ceremony at Yale University, US, where Omar is to receive the Gandhi Peace Award.

Along with the worldwide growing support for the non-violent BDS-movement, increased repression from Israeli government is a fact that cannot and must not be met with silence and resignation. We will not let Israel´s repression weaken the solidarity movement for Palestine – on the contrary, we will continue our BDS activities against the Israeli regime of occupation and apartheid.

The Palestine Solidarity Association of Sweden 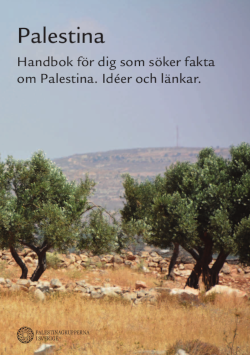